Less than an hour’s flight from Dublin, Bath is the perfect weekend getaway.  Famous for being home to the UK’s only thermal hot springs, hence the name Bath.

The Roman Baths of Bath, UK

People have been bathing in these mineral-rich waters since the time of Jesus.  The original Roman Baths building is still standing tall after almost 2,000 years and is a seriously impressive building.  Although not a functioning hydro centre now it’s a magnificent museum that really offers insight into how the Romans lived.  This is the reason I have wanted to get to Bath for a while now.  Although the Roman Baths were the magnet that pulled me to visit this English city there’s so much more to see and do there. 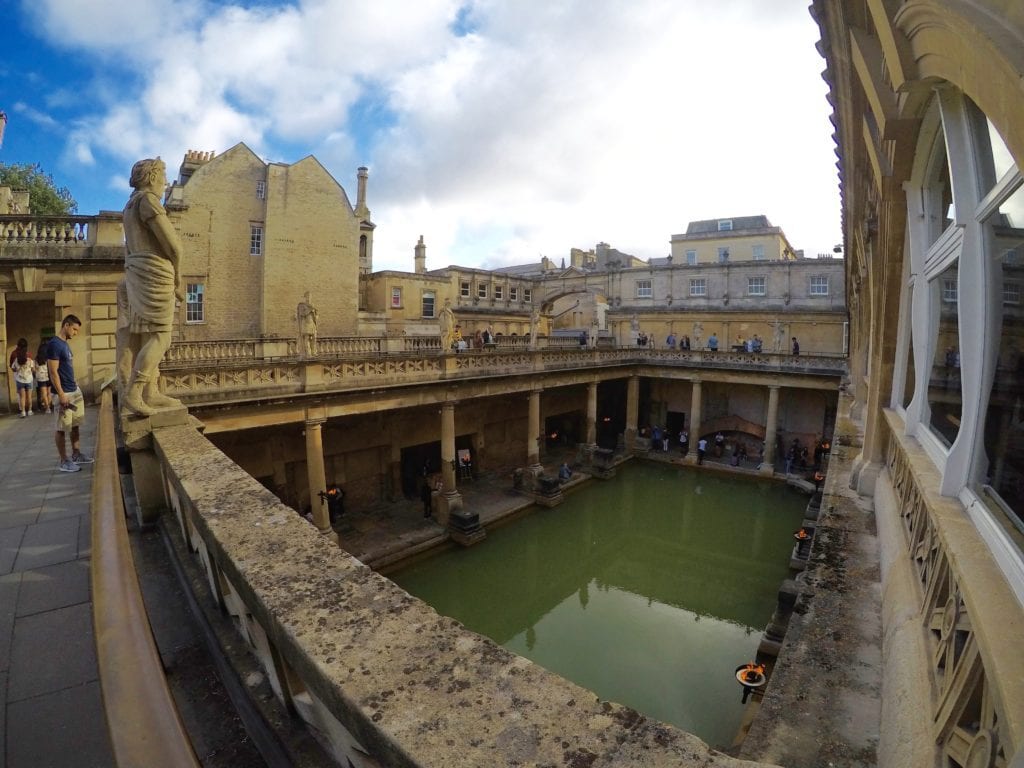 Bathing in the Thermal Hot Springs of Bath

There’s a modern building just around the corner where I indulged in the warm, mineral-rich waters.  I spent a full two house lazing and lounging in the Thermae Spa.  I started off with a dip in the roof terrace pool that’s overlooking the city of Bath and has epic views of the Abbey.  I had to wait a while until people moved their bums out of the corner where all the jets are but once I got myself firmly placed on the wall where bubbles were fired onto my back I wasn’t moving for love nor money.  It’s a real treat after all the walking around the city.  There are about 5 levels in the Spa with different treatment rooms, saunas, steam rooms and second pool downstairs.  I found a dark relaxation room with twinkling lights on the ceiling, like the night sky and a TV screen displaying visuals of the galaxy and I kind of dozed off laying on a lounger, whoops! 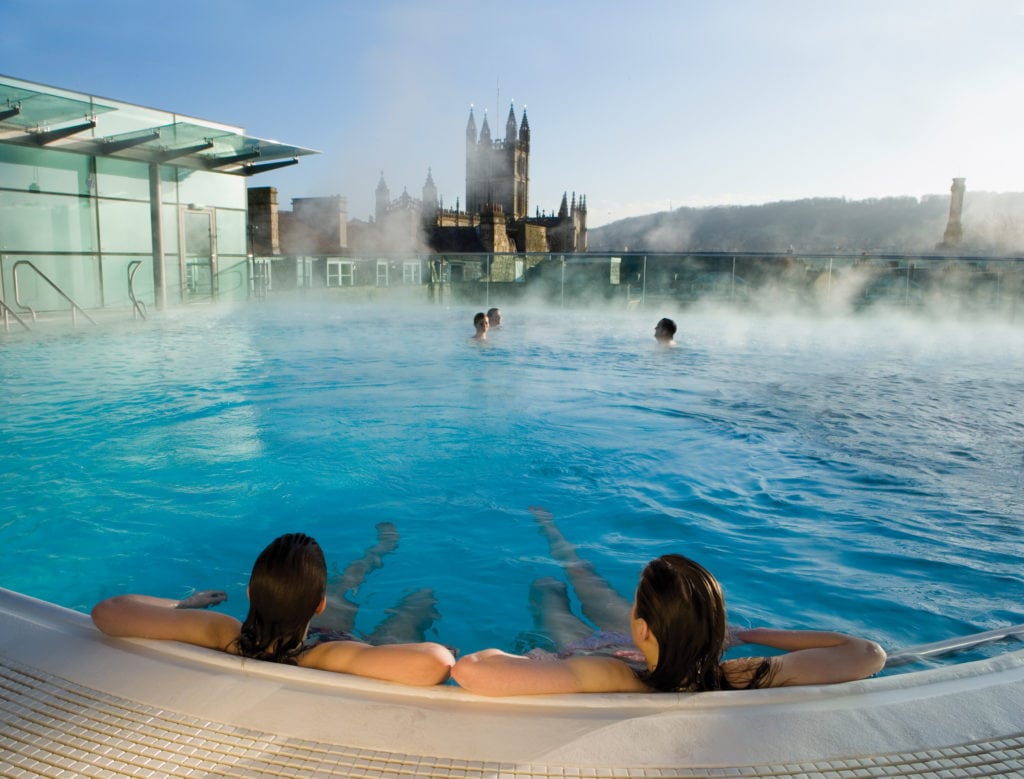 The City of Bath

Bath itself is a compact city so it’s very easy to navigate on foot, which is ideal as I was just there for 3 days so I got to see everything in such a short space of time and with very little hassle.

I stayed in The Halcyon serviced apartments that are right in the city centre so there’s no need to take buses or taxis anywhere. They are Georgian style rooms with really high ceilings and massive windows, perfect for people watching.  The apartments are serviced daily but you still have your own kitchen and space if you wanted to cook which makes it the perfect home from home.

If like me, you love Georgian architecture then you’ll adore Royal Crescent, which is a curved row of five-story townhouses that are perfectly preserved.  I could just imagine being in a Jane Austen novel with horse and carts trotting past me as I strolled around.  No.1 Royal Crescent was the first house built on the row and is now refurbished to exactly how it would have been back in the day.  The upstairs/downstairs divide is very evident and although those upstairs lived in opulent luxury.  They went to the toilet in a bucket and the poor maid had the lovely job of carrying said bucket downstairs to the outside toilet to dispose of it. 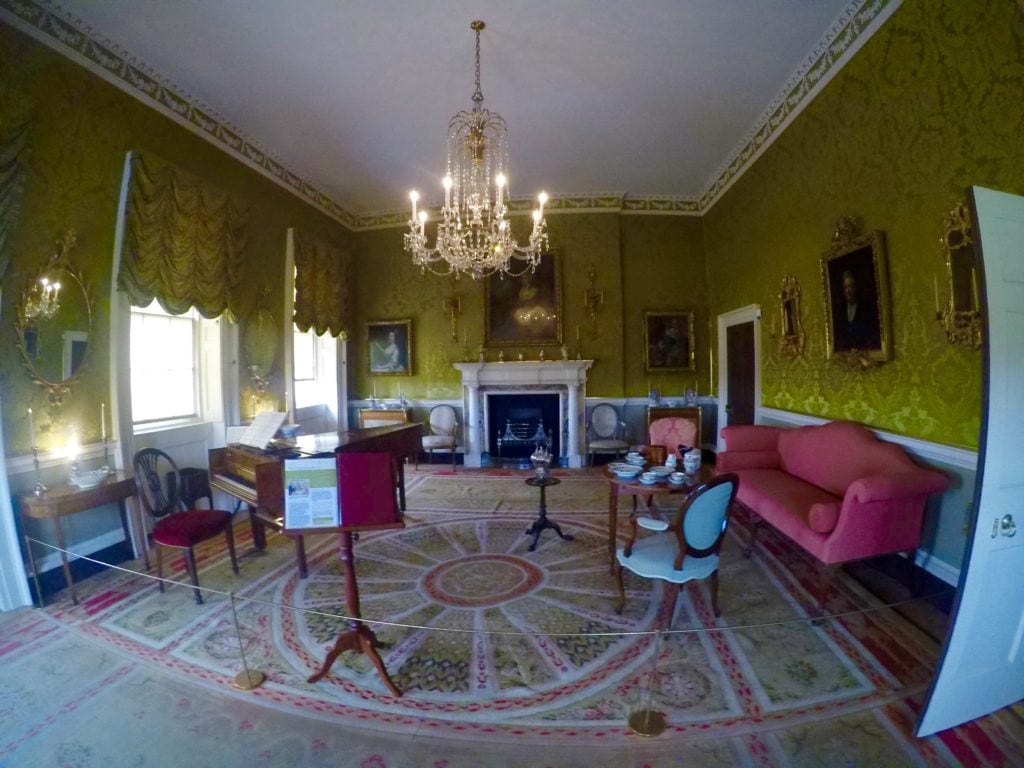 If you’ve ever read Pride and Prejudice or Sense and Sensibility you’ll want to don your best Regent dress and visit the Jane Austen centre where you’re transported back in time to learn all about the author, her family, inspirations and home life.  The centre itself is in a 200-year-old Georgian building and all the staff is dressed in outfits typical of the time so of course, I had to join in and pull on a dress and bonnet for a photo with Mr Darcy himself, or at least a mannequin of him.  I’m not one to throw bouquets at myself but if he were a real man, he’d have been chasing me.  I looked dashing in that style of clothing.  Here’s a photo to prove it. 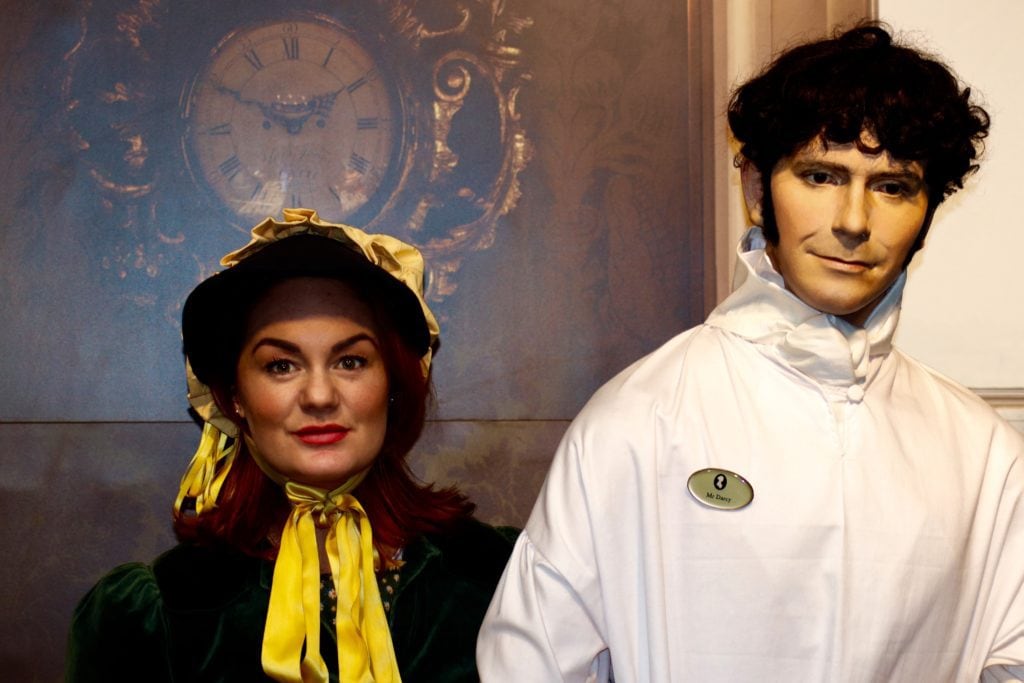 One of my favourite things to do was the tour of the towers in Bath Abbey.  There’s a steep climb of over 200 steps to get to the top and if the height isn’t enough the walk is on a spiral staircase so yes, I was a tad dizzy when I got to the top.  That didn’t matter though because the views make it worthwhile.  These must be the best views in all of Bath.  I could literally see as far as the horizon.  People down on the street looked like ants and I felt like the queen of the world. 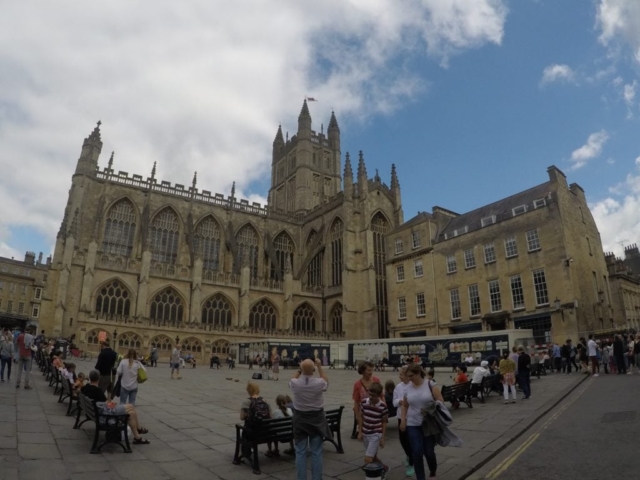 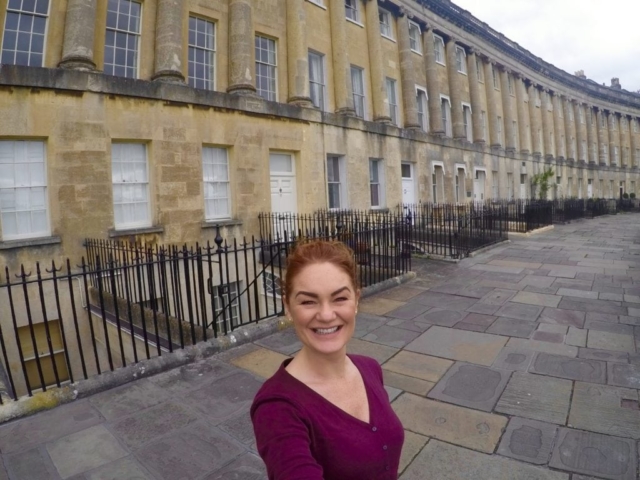 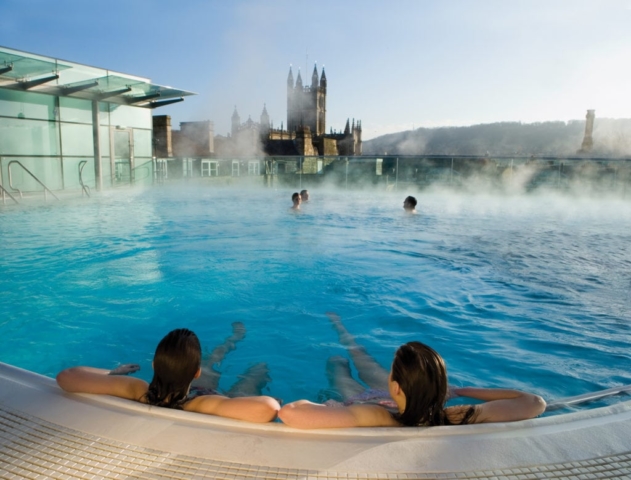 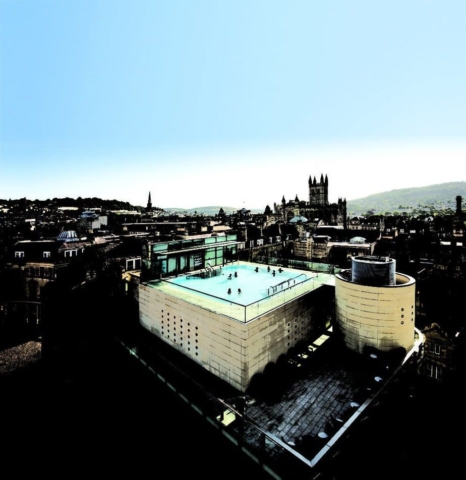 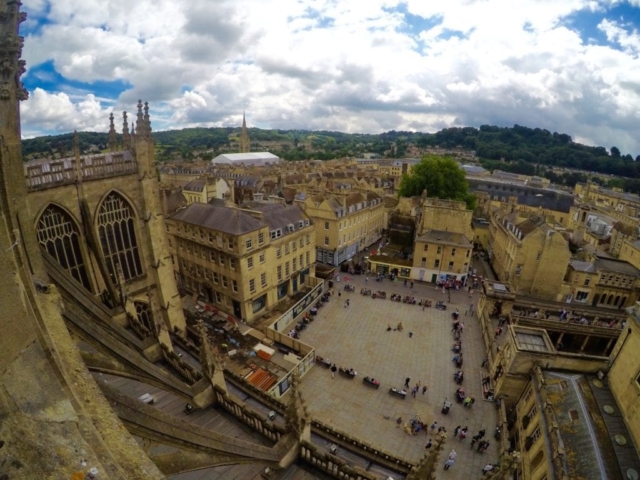 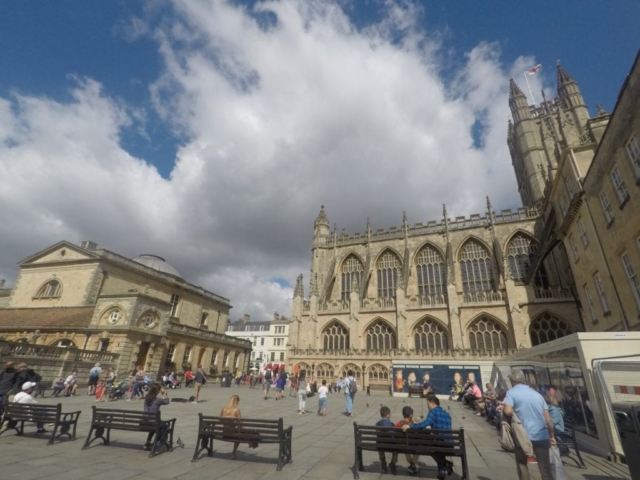 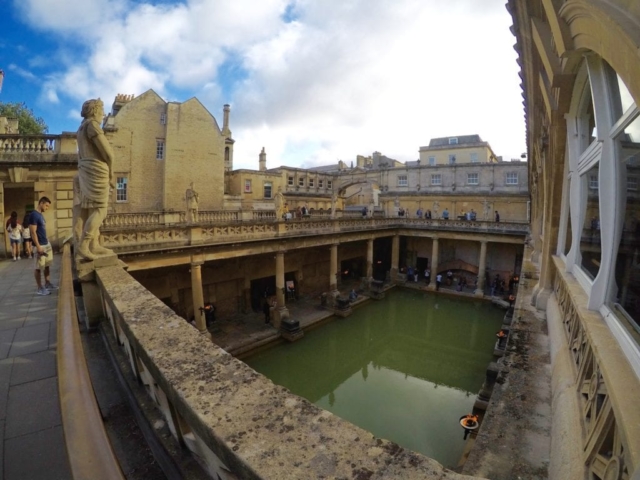 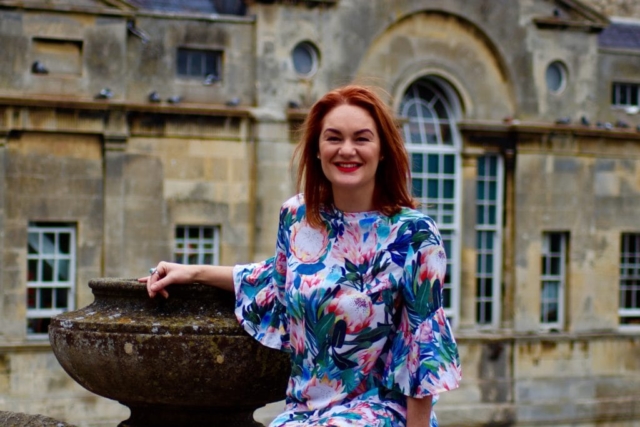 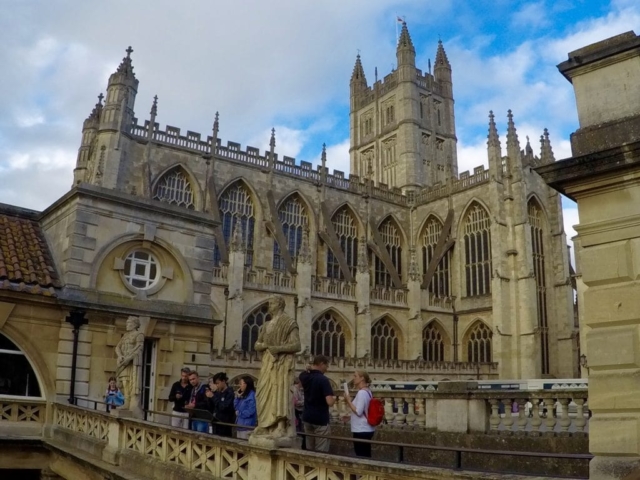 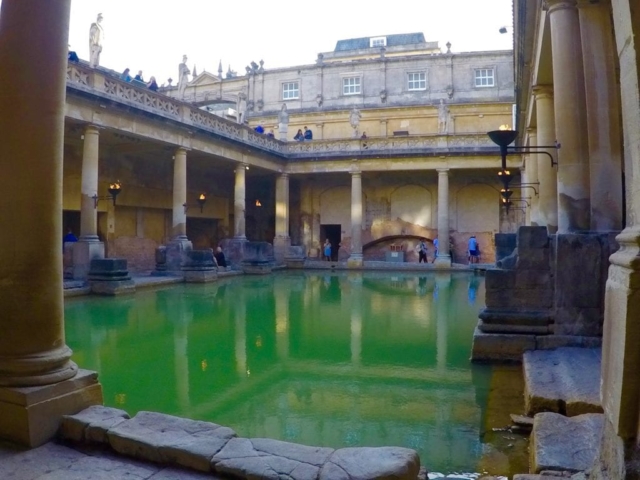 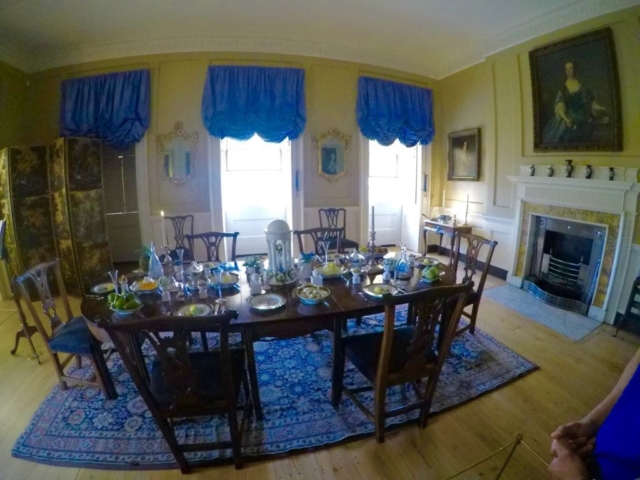 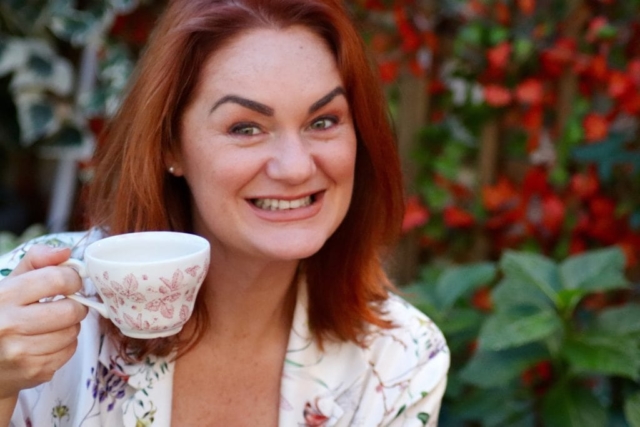 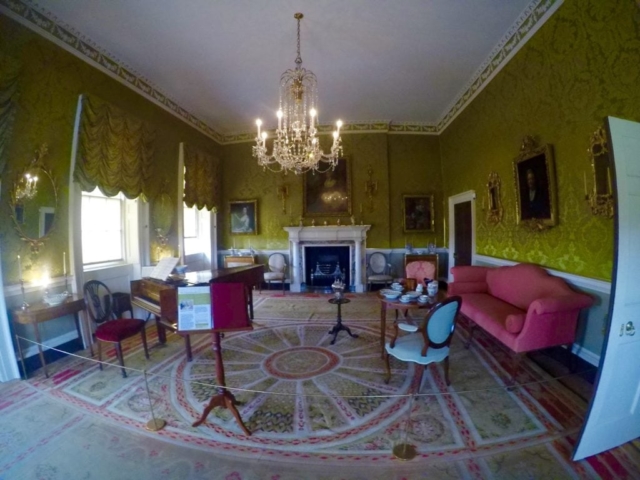 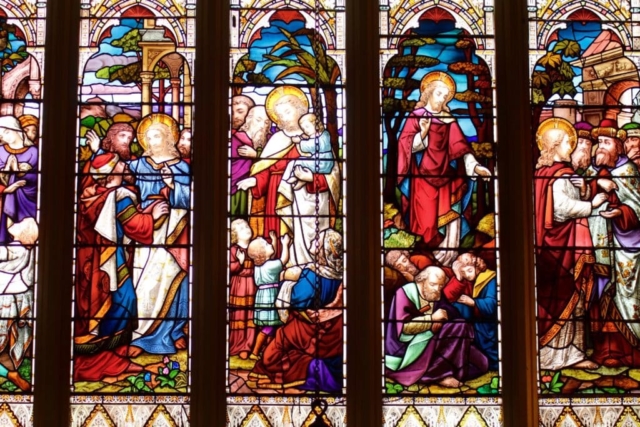 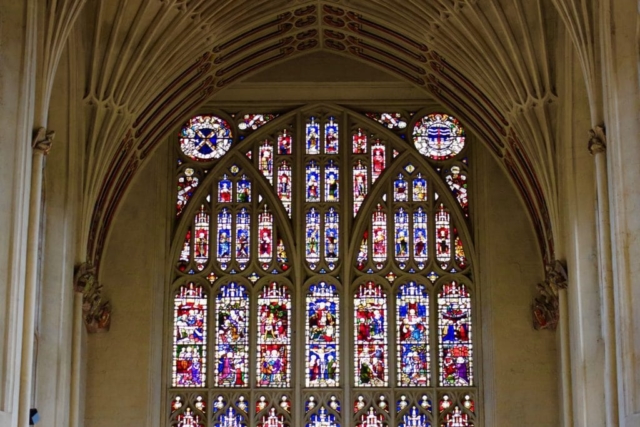 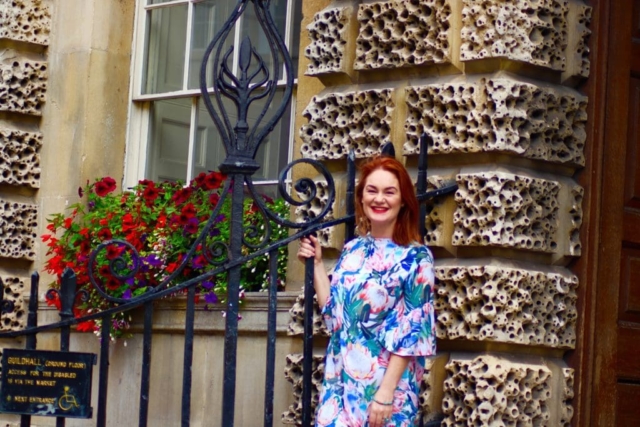 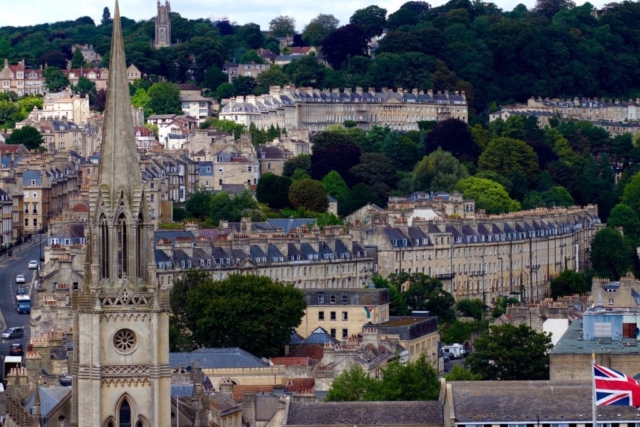 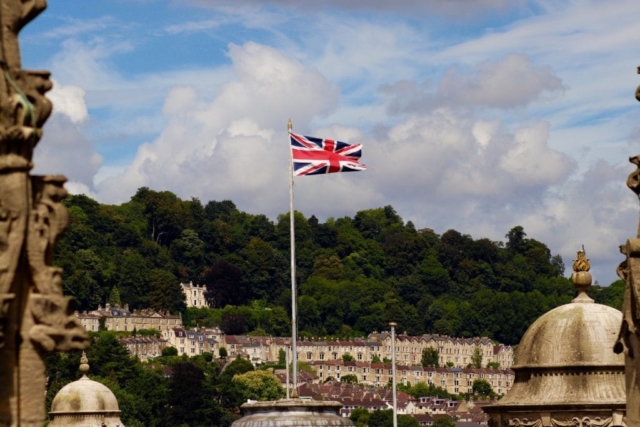 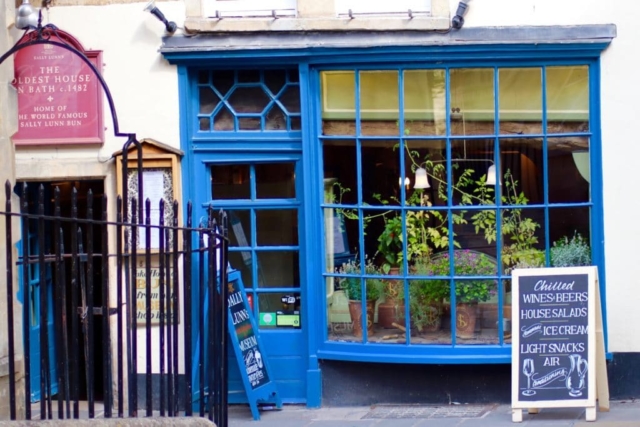 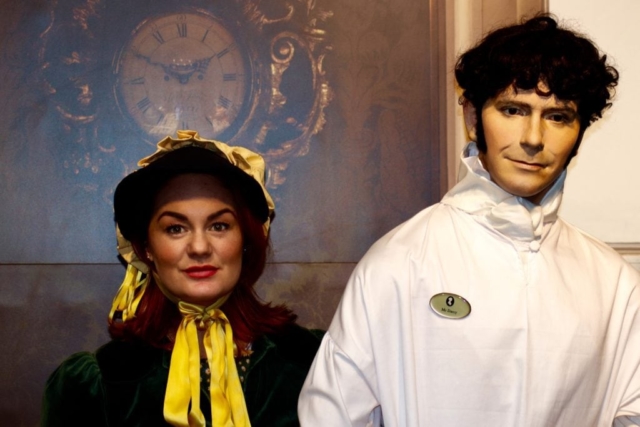 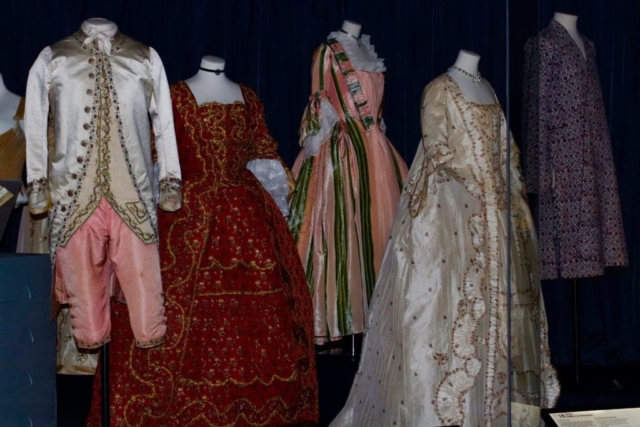 I took a Ryanair flight to Bristol for €20 each way.

Walk outside the airport to take the intercity bus right into the heart of Bath.  It takes an hour and costs  £10 each way.

A night at the Halcyon apartments costs around £180

Entry into all museums and galleries range from £4-£12