I was very nervous about travelling to Cuba.  No Silly, not because it’s dangerous but, because it’s been sat at the very top of my bucket list for a least 10 years now.  I was worried it wouldn’t live up to my expectations.  You know how they say never meet your heroes or you’ll be sorely disappointed? Well, I thought that I might have such high expectations for Cuba that it could hardly live up to what I had imagined. I booked to stay six nights in Havana as I really wanted to experience the history and culture of the old city and one night in a resort Varadero so I could finish my holiday off, sprawled out on a sun lounger sipping cocktails and eating as much food as I could fit inside my body, in an all you can eat buffet. Oh, how I do wish I could have had more time to stay longer in Varadero, the sea is turquoise, the sand is white, the trees are palm.  Need I say more?

The Charms of Old Havana, Cuba

“My mojito in La Bodeguita, My daiquiri in El Floridita”  this famous quote by Ernest Hemingway tells tales of his two favourite watering holes in Havana.  Both are still alive and kicking today and I urge you to take his advice and try each of these cocktails in their homes.  I mean, if it’s good enough for Papa Hemingway, it’s good enough for you, right?
Take a stroll down Obispo street to absorb the atmosphere in Old Havana, stop in El Floridita bar and order yourself a cool and refreshing daiquiri. Then continue down the same street and stop in one of the little ice-cream shops and order a coconut ice-cream. Once you’re fed and watered you can begin enjoying the sounds and rhythms of Old Havana.
Rundown old buildings couldn’t hold such charm anywhere else on the planet, they only serve to enhance the adorableness of the city.  Stop and chat with the locals on the street, I promise you they’ll love it.  I feel I can easily compare Cuban people to us Irish, hear me out…  They live on a little island, that’s full of rebels.  They are so genuine and down to earth, would talk the hind legs off a donkey and at any given time they could just as easily be having the craic with you, as buzzing off your head. Sound familiar? I rest my case.


Are you even in Cuba if you’re not cruising down the Malecon motorway in a hot pink Cadillac with the Gulf of Mexico on one side and Old Havana city on the other?  Roof down, engine roaring is how I prefer to get around. You have to understand I have been dreaming about this for the last 10 years now.  Cuba has genuinely been a bucket list trip and dream come true for me.  I’ve had fantasies of myself being chauffeured around Havana by a Cuban Adonis in an American Classic car and the reality of it didn’t disappoint.  I actually could have fuelled the car myself with adrenaline, there was so much of it pumping through my body. The cream leather seats are so wide, you can fit three people in the front and four in the back.  It’s so hot there but the breeze on my face as we pick up speed is like kisses from the angels.  There are times in life when you have to pinch yourself and remember how far you’ve come.  At this moment, I did.


Surprisingly one of the things that I remember so vividly when I think of Cuba isn’t the American cars or the 1950’s glamour, it’s the talented people.  I’ve never experienced anything like it.  You can be walking down the street where an old lady is doing her washing,  just singing in a world of her own but the beautiful sounds being released from her mouth will entrance you.  On almost every street corner in Old Havana, there’s a cafe-bar with a local band playing music or singing and you’ll be stopped dead in your tracks by the harmonies of music they are making together, the standard is just so high.  It’s almost like every one of them should have contracts with world-class record labels and should be touring around the world playing to crowds of 50,000 plus but you get to have them all to yourself in a tiny little backstreet cafe in Havana. Even after I came home from Cuba I couldn’t get her soundtrack out of my head.  There’s Latino music oozing out of every nook and cranny on every street and through every building.

Let me take you to the place where membership’s a smiling face brush shoulders with the stars. Where strangers take you by the hand and welcome you to wonderland from beneath their panamas. Club Tropicana, drinks are free. . . . . .

OK, no.  Wait, drinks are really not free but now that you have the tune in your head, it’s setting the tone for what to expect from Tropicana nightclub. One of the most famous venues on the island is Tropicana, an outdoor cabaret club set in a tropical forest on the outskirts of Havana, Cuba.  Where the dancers are on a par with Las Vegas showgirls although, of course with a salsa sensation twist. The cabaret show goes on for about 4 hours where you are brought through a time warp to witness 1950’s Havana in all her glory. Singing is live, dancing is sexy, atmosphere is electric and I was mesmerised. Costumes alone are works of art.  Dancers arrive on stage with chandeliers on their heads and very little on their bodies.  Think glitter, glamour and gorgeous girls.  Guests can sit back and relax with a Cuba Libre in one hand and a Cuban cigar in the other to savour the show, and if, by the time it’s over you’re ready to test out your salsa shoes there’s room on the stage for your too. 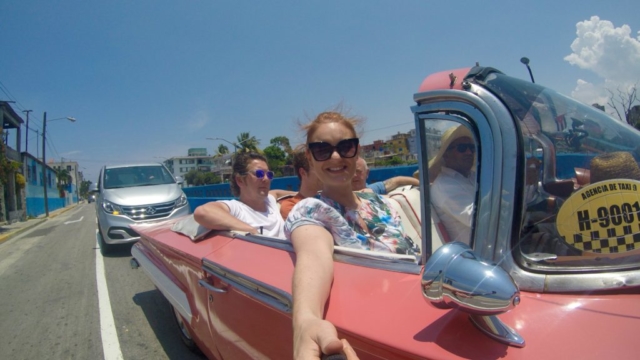 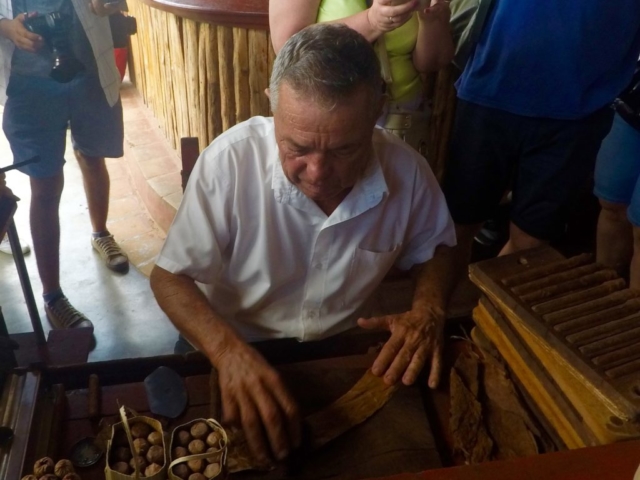 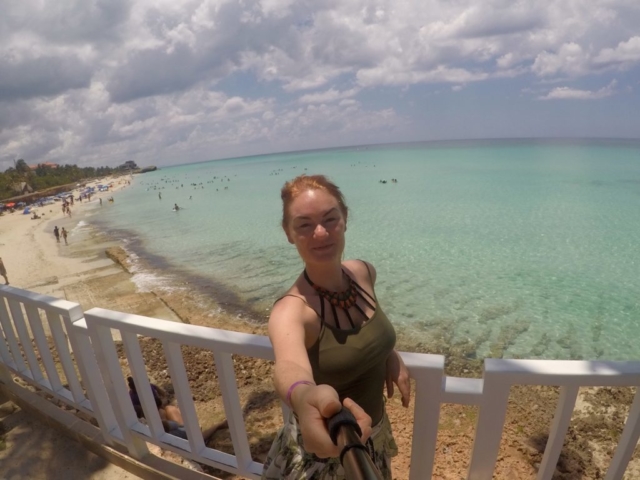 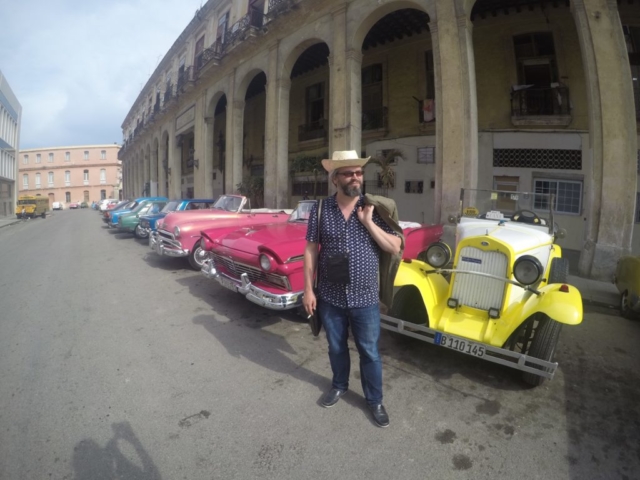 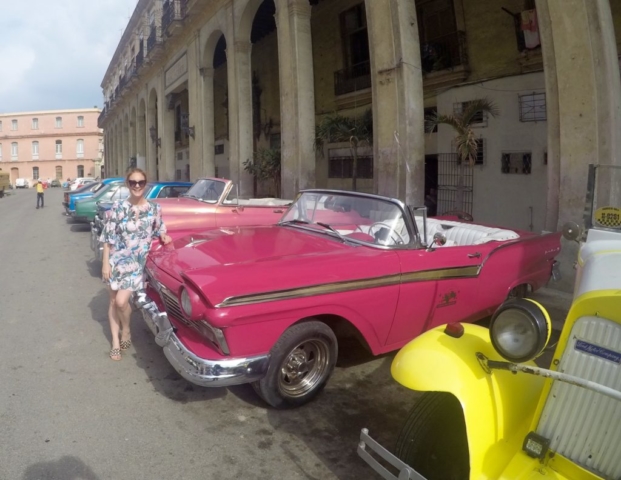 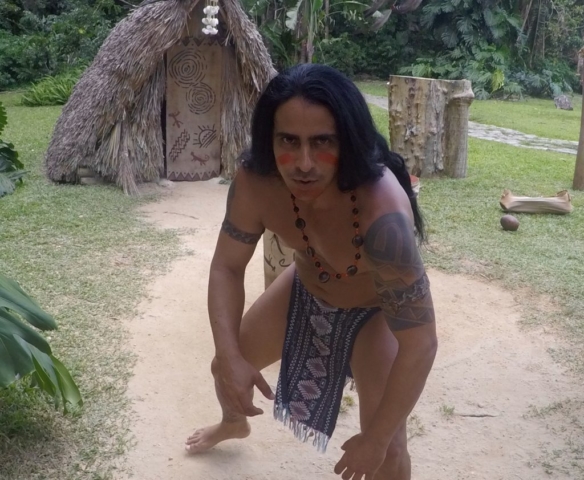 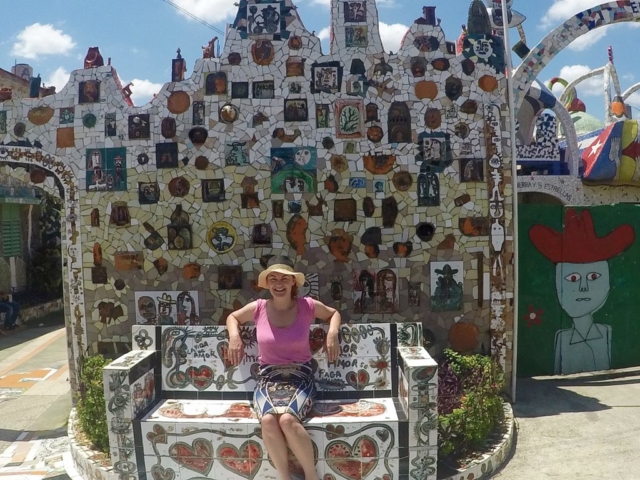 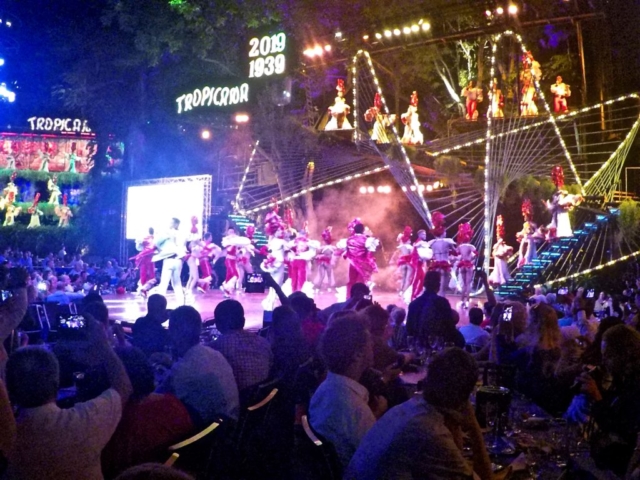 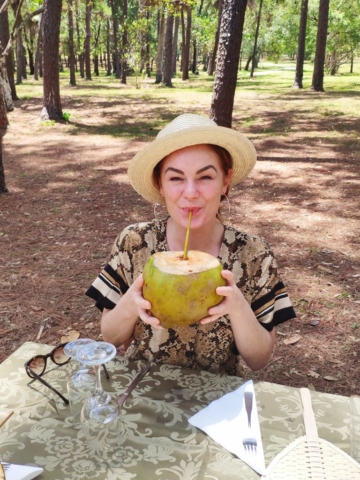 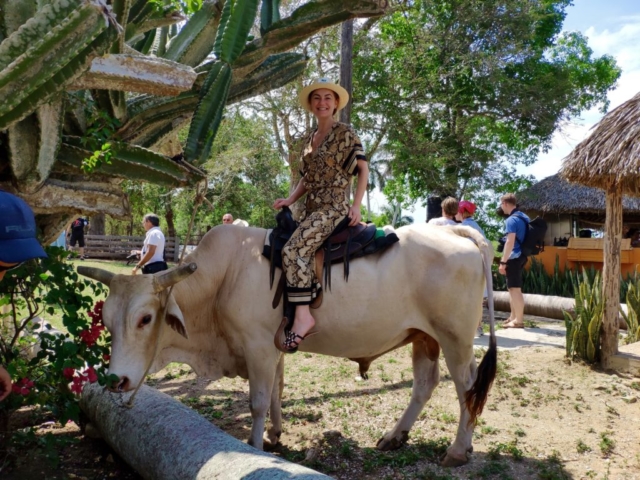 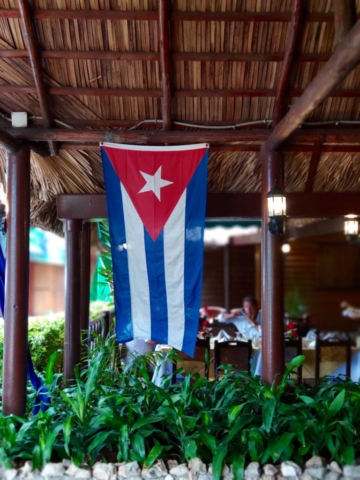 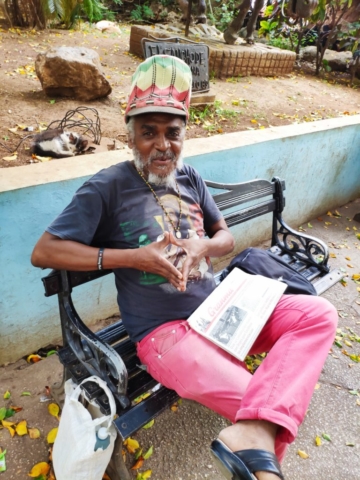 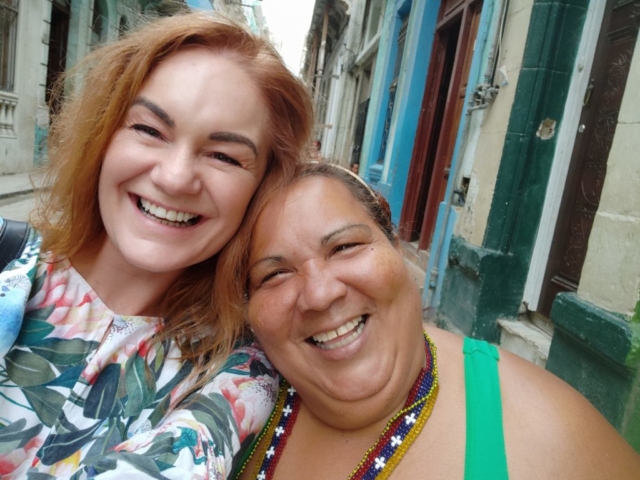 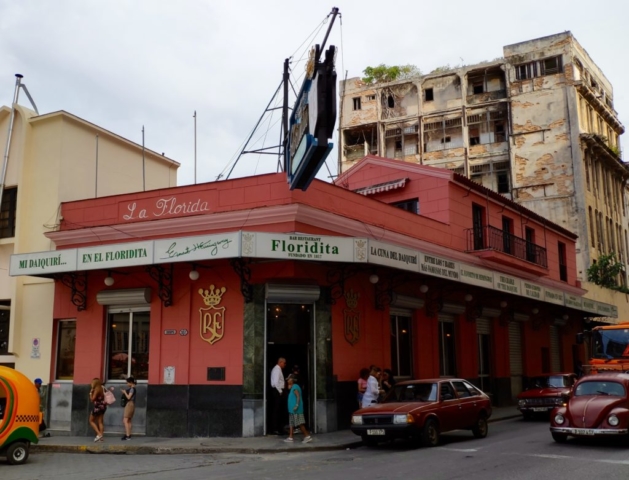 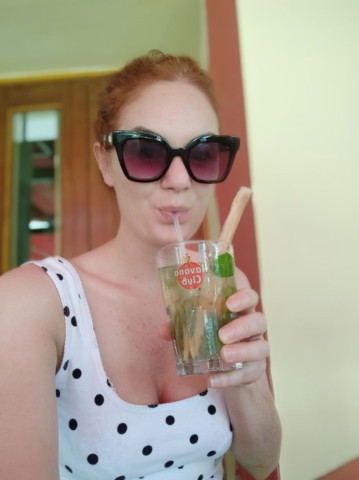 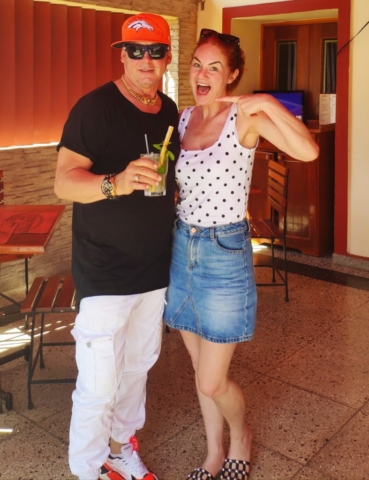 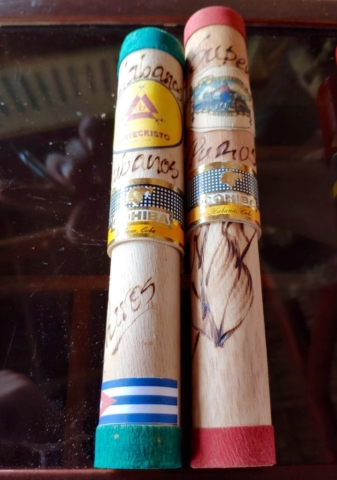 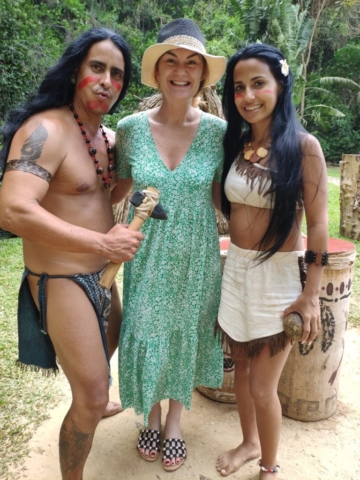 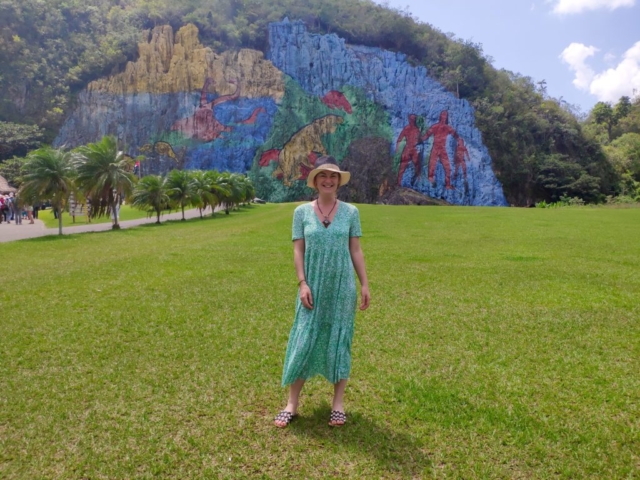 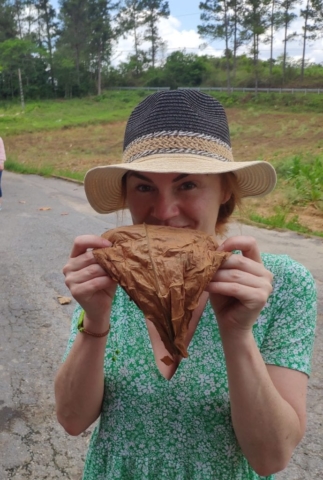 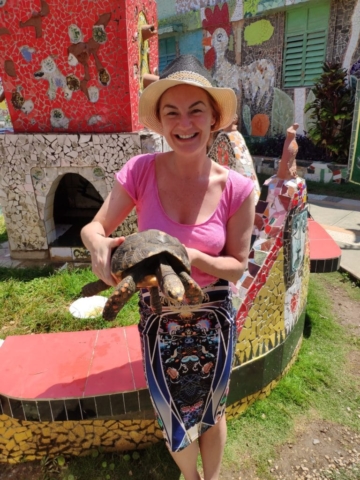 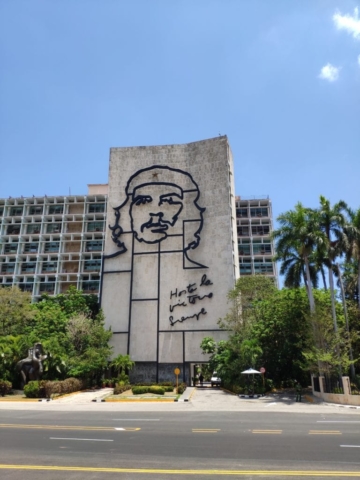 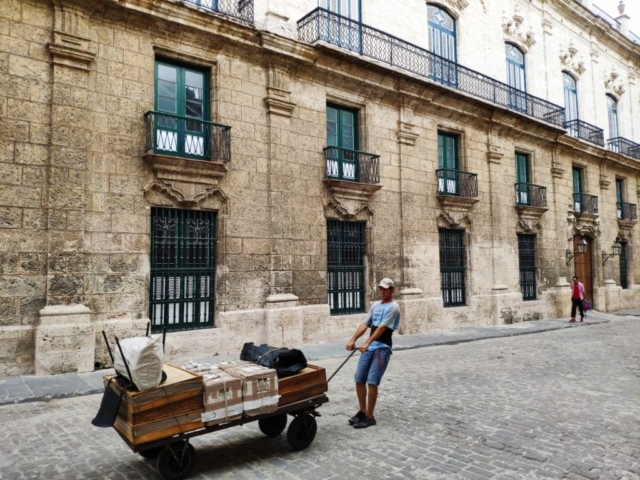