My day started with a collection in Dublin city centre at 9.30am by my guide, Robert. I spent the full day with walking through the stunningly scenic mountains of Wicklow, just outside Dublin.  The Garden of Ireland is the local name for this part of the country and it’s not hard to see why. Make sure you have your camera to the ready. Every view is a picturesque postcard waiting to be captured, uploaded and used to ensure you are the envy of your friends and followers.

My first stop of the day was the epic Powerscourt estate in the village of Enniskerry. Which is known for its pristine gardens and the massive mansion that are nowadays open to the public for tours.  The house itself dates back to the 13th century and takes its name from the Viscount Powerscourt. Who was a member of British high society and owned the property and land from the 16th century.  The attraction welcomes thousands of tourists annually who come to enjoy the day walking around the Japanese Gardens, eating at the delicious Avoca eatery onsite and of course practising their very best Rocky stair climbing stunts which I am, of course, the winner of all winners.  Don’t believe me?  Watch my video for the proof! #JustSaying

The film location of PS I Love You and BraveHeart

Since I was on a roll of playing my part in the movie world I felt it only fitting that I have my photo taken on the bridge from a scene in the film PS: I Love You.  All you hopeless romantics will be aware of this.  Sally Gap is the name for part of Wicklow. It the set of lots of movie and TV outdoor scenes.  Like Braveheart and most recently the smash hit TV series, The Vikings.  I managed to see the film crew and trailers from The Vikings but no actual characters from the show, sorry to disappoint but I was busy being the leading lady in my very own Youtube movie, you know.   I’m kind of a big deal like that! 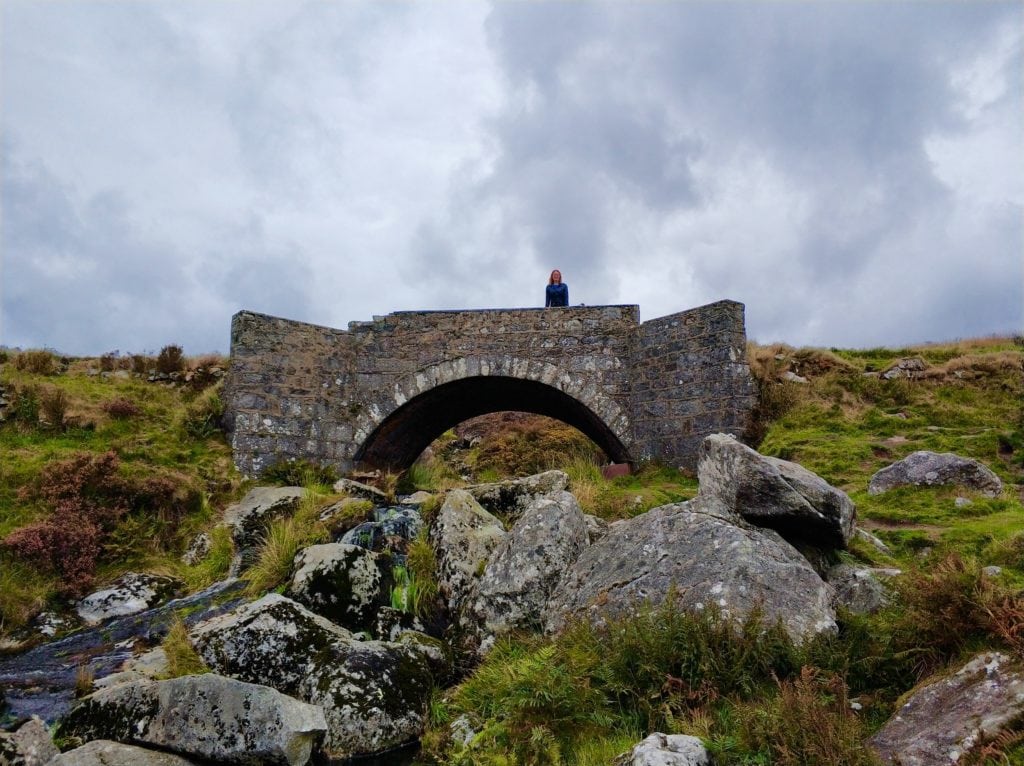 This little part of the world is always one of my favourite places to visit, Glendalough is just so beautiful.  It doesn’t matter the weather, hail, rain or snow it’s easily one of the most scenic places in the world. For starters, there’s Lough Tay AKA The Guinness Lake which, I kid you not, actually looks like a pint of the black stuff.  The water is dark black in colour. Maybe mother nature knew the land would be own by the Guinness family. The top shoreline being glistening white sand. I could stand on the hills looking over at the lake for hours, I’m sure you’ll agree? 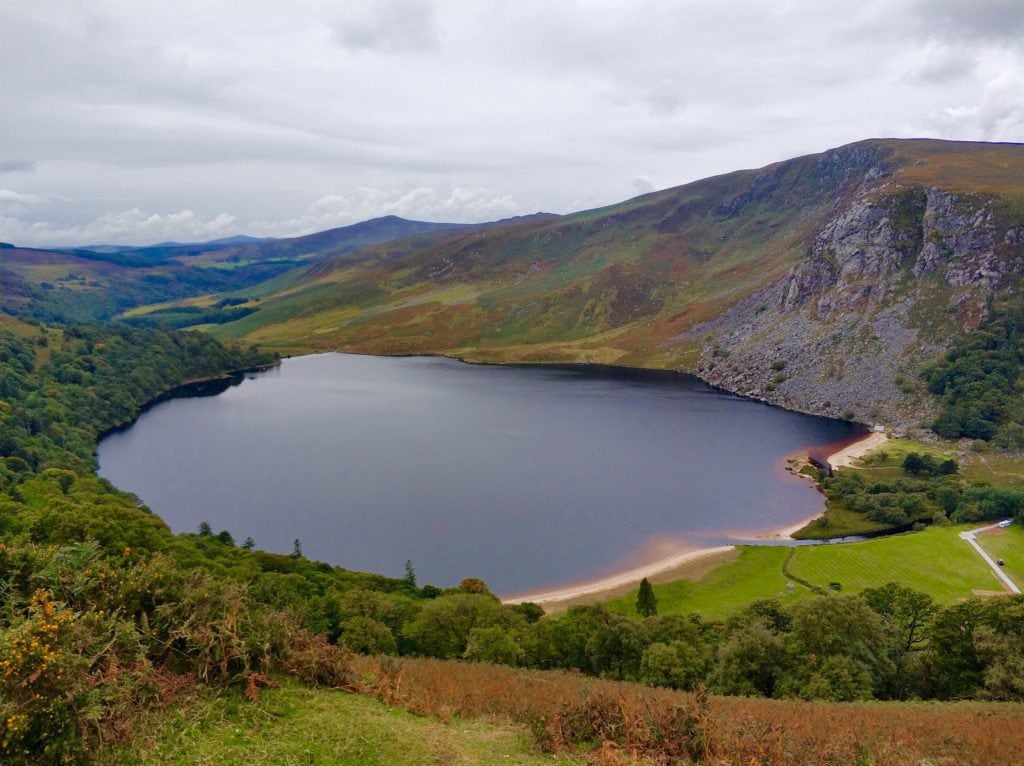 Staying in Glendalough I went to visit the Monastic site that houses the Round Tower. This is possibly the most famous of all the landmarks in Glendalough. Still standing 33 meters above the ground. It was built almost 1000 years ago by the monks of St. Kevin’s monastery. The tower was originally built to house the main bell of the village but was also used as a lookout for monks during times of attack.  The site is an ancient cemetery that is actually still being used today.  If you live in the locality you can request to be buried in Glendalough cemetery.  It’s actually seen as quite the honour to be buried there, people are dying to get a grave there (I know, I’m hilarious)! 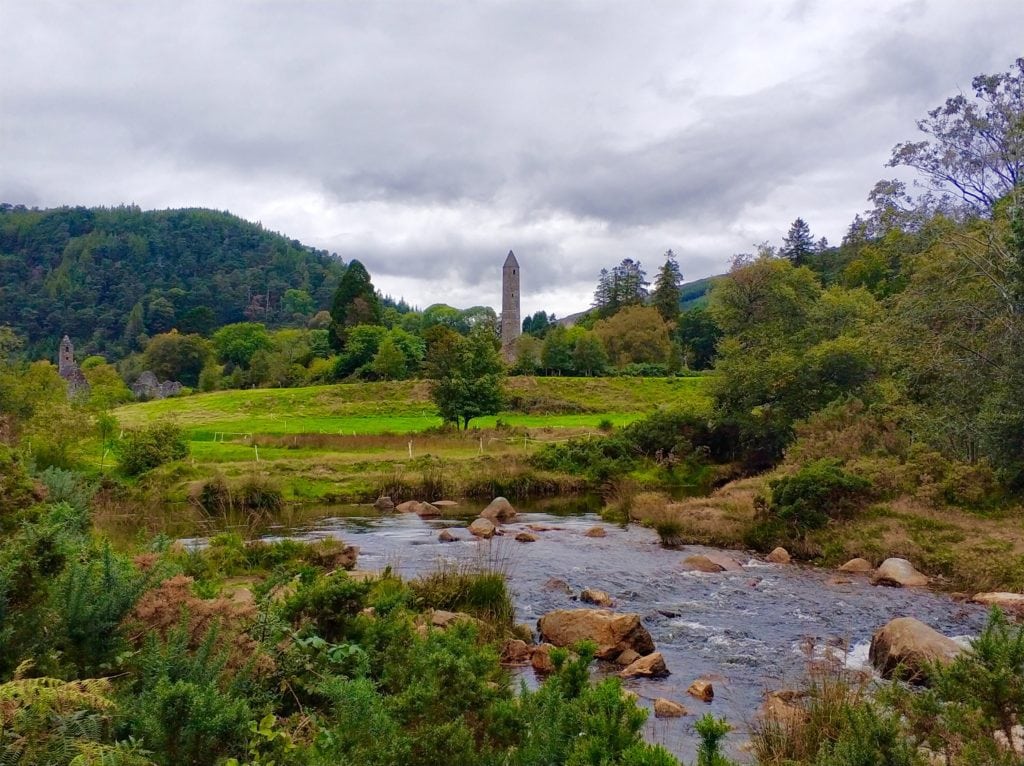 As county Wicklow is one of the most naturally scenic areas in Ireland it should be compulsory that you get your walking shoes on and get some fresh air into your lungs.  I put my fitness to the test and took on the challenge of the peak, known as Barnaslingan. A 238 meter above sea level peak. It doesn’t sound like much but the climb is pretty steep. The 360-degree views from the top make all the panting worthwhile.  This walk takes around 50 minutes if you include the trail through the forest to get to the base of the peak.  It can get windy on top as there’s no shelter from either side so do take something to keep yourself warm once on top so you can stay a while and enjoy the views right across Dublin Bay from Howth in the north to the town of Bray in the south. 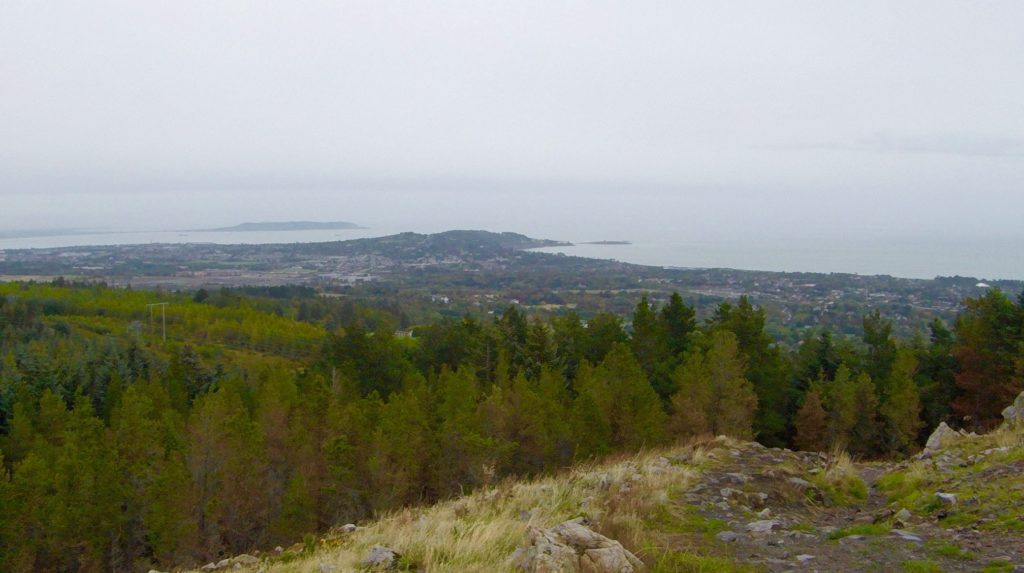 There are numerous trails and treks all around the county of Wicklow. So, whether you’re a seasoned hill walker or a novice just wanting to get out of the city for the day. You’ll definitely find a walk to suit you comfortably.
I’m a firm believer in forest bathing; the belief that just being nature, breathing in the fresh air and allowing yourself be at one with the surrounding can reduce stress levels.  For that reason, I feel it’s vital to step out of the hustle and bustle of the city as often as possible to recalibrate the senses.  Wicklow is the perfect place to forest bath.  So what are you waiting for?  Get away from this screen and get out into nature.  You can thank me later! 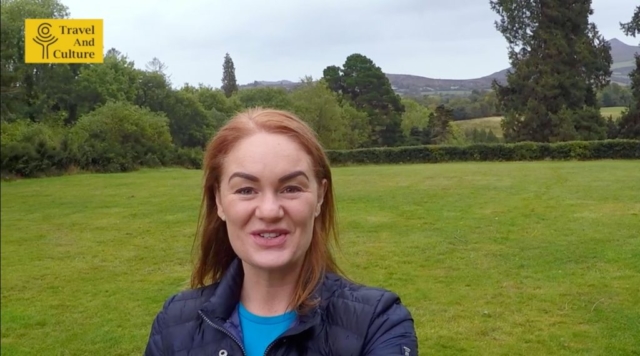 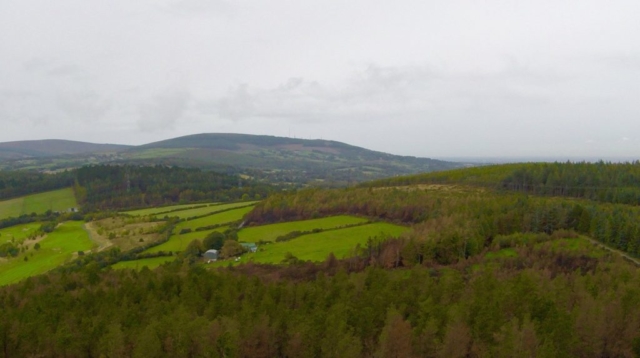 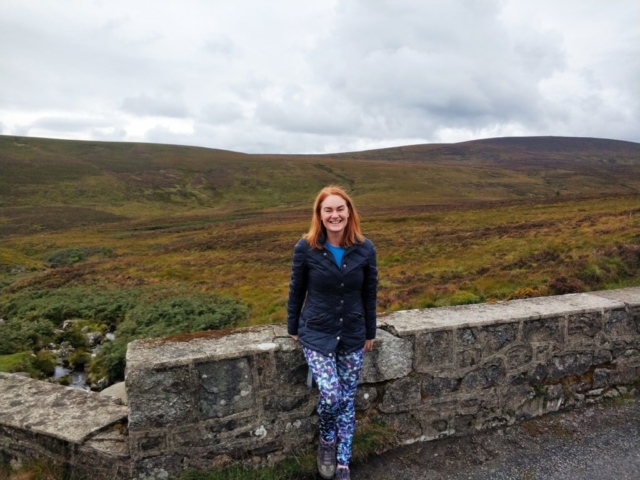 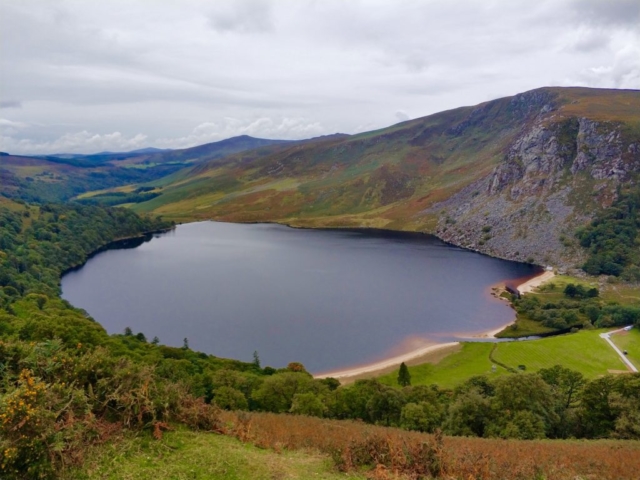 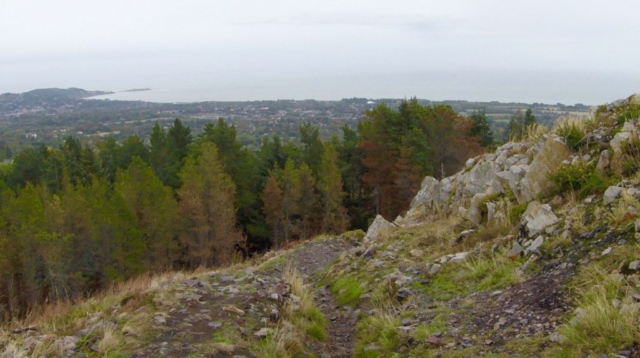 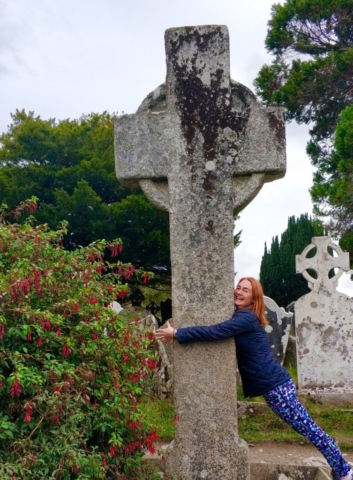 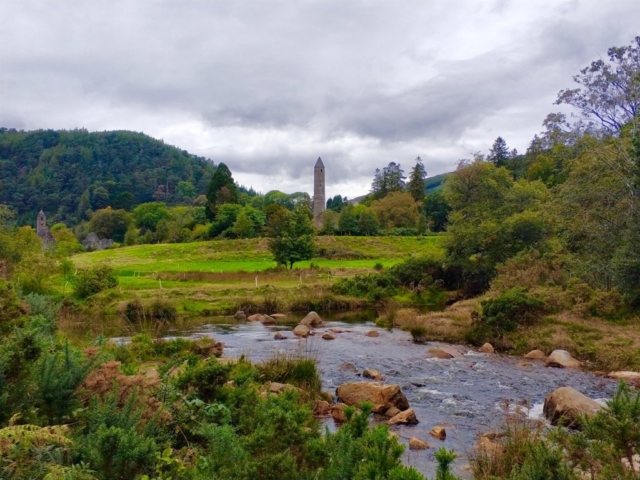 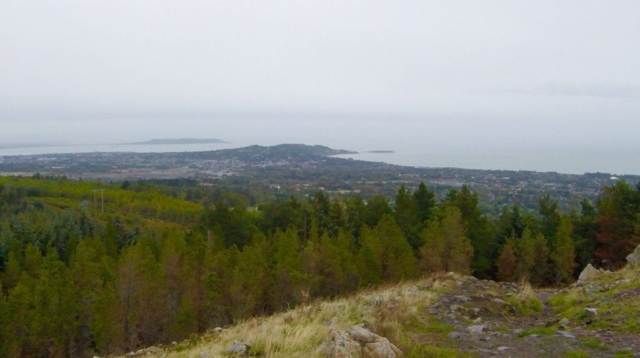 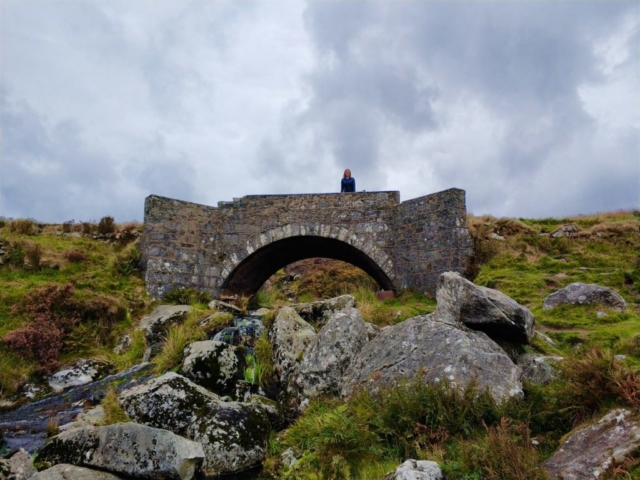 My full day tour of Wicklow was booked through PrivateTour.com